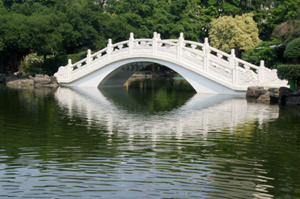 I’m a Sagittarian; and in astrology, we’re known to be pretty blunt. This isn’t a cop out for my being blunt, nor does it say that astrology is the be all to end all for supposed traits within that world… It’s just my life’s observations about myself, and the realizations that my bluntness has sometimes offended people. Sometimes I intended it (younger years); and, sometimes I don’t mean to offend others (most of my communications now).

I actually thought at one point in time, “If they don’t like what I’ve said, it’s their problem, not mine,” until this one day that caused a paradigm shift…

That’s definitely not what my boss was wanting to hear. And, had I used the art of diplomacy, I might have kept that job longer. He was expressing a problem and I needed to pay attention. Instead I just shot back that answer, which – literally – sent a shock-wave through his body, like I had just zapped him with electric shock therapy. His body jerked and I thought… Hum…

Take II ~ If The Art of Diplomacy had been employed

Jo: “Well, Ed, I appreciate your feedback. I’m sorry that I offend you. Maybe my enthusiasm for just getting things done is misinterpreted as being curt? Thanks for sharing; I’ll work on it.”

That’s what my boss was wanting to hear. And, had I used this art of diplomacy, I might have kept that job longer.

Because of the circumstances of this feedback, I took a four unit course called the Psychology of Interpersonal Relationships. It was in this course that I learned several things:

A couple of really important lessons from Mr. Ed

The Art of Diplomacy ~ Equivocal Language

Why and when to use it?

How to use it in speech?

When diplomacy is missing in good customer service?

And, remember… Diplomacy, after a back and forth of going nowhere, is just senseless war; most especially if the other person doesn’t want to “hear” anything, except the sound of his or her voice going nowhere…

This site uses Akismet to reduce spam. Learn how your comment data is processed.